EuroDisney - the good, the bad, and the princesses!

Okay, first the good parts:
EuroDisney is REALLY big. Much bigger than I had anticipated!

A really good thing that we brought with us is the Mothercare Urban Detour. It can be a backpack-style childcarrier, 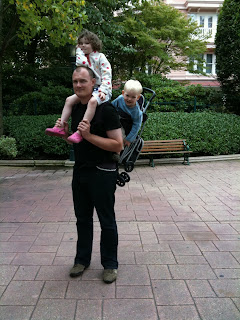 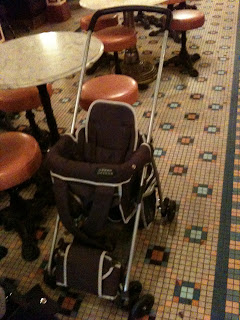 Either way, it's a really good thing to have.

The weather was good!

If you stay in a hotel affiliated to the park, you get to go in two hours early at 8:00am, so you can go on the busier rides when there's no queue.

Our cabin had two bedrooms, so we could keep normal bedtime routines.
And it had a fridge, kettle, and hob, so we could eat in the cabin when we wanted - tired children in restaurants are NO fun!

There was a lovely swimming pool with whirlpool, spa, slide, etc. just next to our cabin.

Okay, the bad bits:
EuroDisney is REALLY big. Much bigger than I had anticipated!

The food on the park is AWFUL! The food in the rest of France is superb, but not in Disneyland Paris. It's as though the French feel that seeing as fast food is going to be pretty horrible anyway, there's just no point making an effort!

The queues for a lot of things were REALLY long! You learn a whole new level of patience queueing with a four year old for almost an hour to meet a princess, only to find as you get near the front of the queue, there's a shift change and a princess whose picture and autograph you got yesterday, steps on to the stage!

There are still A LOT of people who smoke around children. Because it's outside there's no reason why they shouldn't (y'know, except the usual) but because there are so many people so closely packed together you can't get away from it. I don't like coming home with my clothes (and my children's clothes) smelling of smoke when we've been walking around outside all day!

The 8:00am pass was great, but it did mean no lie-ins for anyone!

Anyway, here are some pix; 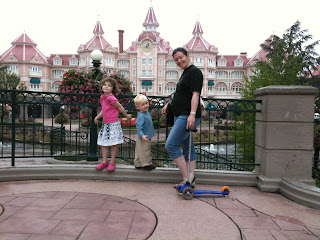 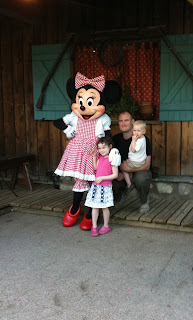 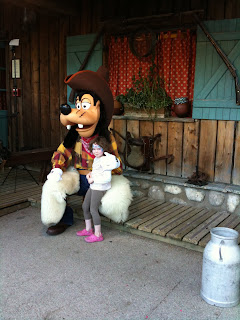 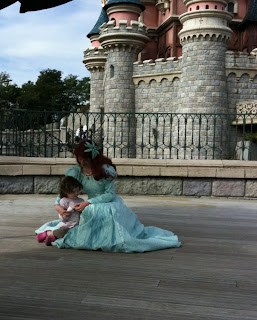 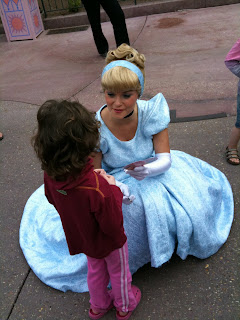