A day out in London!

Yesterday, we went down to London for the day! We had a lovely lunch with Auntie Sox at Union Jack's: 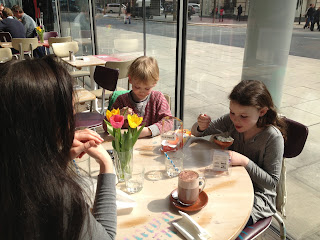 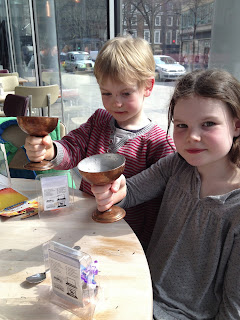 Then we went round the corner to the British Museum so Phoebe could see the Egyptian mummies, and Guy could see the Samurai swords and armour. Then down to the Science Museum. Where I dragged the children round the Science of Medicine exhibit (where we saw some truly horrible dental implements!). 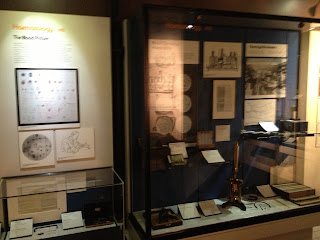 I was particularly fascinated by all the Phlebotomy/Haematology stuff (I wonder how much a leech jar costs?). 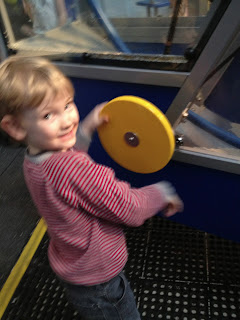 After that, the children went up tothe Launchpad, where we pumped and twirled, and fiddled with magnets, and made things explode. All the usual! Then went and met Daddy and Uncle Richard for an early dinner (although Daddy's looking past his best here!). 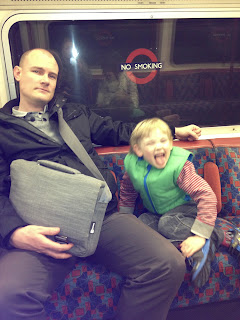 And, another miracle of modern science! Here's an ultrasound of the next baby Black!
He's due at the end of August, but we're all getting very excited! :-) 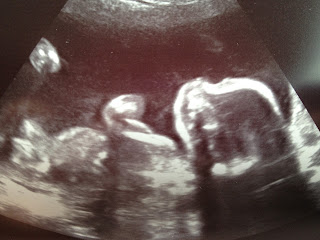 Oh, congratulations! What a blessing for your family!

My daughter is 9 and would be so envious of a "day in London" she and her best friend have been watching all of the Jane Austin movies when she has overnights there. I got my girls started at Christmas time. It reminds me of when the country girls would go to London to stay with relatives. Sounds romantic. ;)

Hang in there, eat lots of protein and take lots of naps!

Well, give her another 9 years or so then send her over! (Before that you'd have to bring the whole family, which may prove prohibitively expensive, although you're all very welcome!)
There's also plenty of films and books set in and around Oxford, where we live. Come and visit sometime! :-)

I just saw your post. That sounds amazing! My husband visited the Holy Island a few years ago (our son's name is Aidan) and hubby went there after a pilgrimage to Mt. Athos. He wants to take our son there. What a fantastic family trip that would be! He loved England, he found a church of Saint Aidan near Manchester and they treated him like a king. That would be lovely.

I just poped over to say Christ is Risen! I hope you have a glorious Pascha and I hope you are not too ill. Get lots of rest and eat, eat, eat!