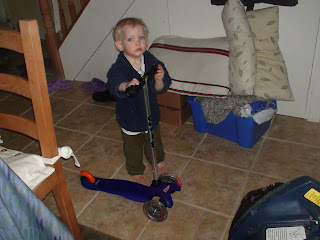 This is Guy's scooter. It's his favourite present. And we really had to get him one of his own as he was becoming increasingly desperate in the begging, pleading and sometimes just mugging (does scooter-jacking exist?) of the other children in the park for a turn with theirs!
We have to take it everywhere with us. However, we've had to instigate a new rule; no scooters in the bedroom! 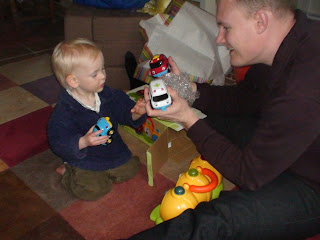 This emergency centre from Uncle Richard comes a close second! 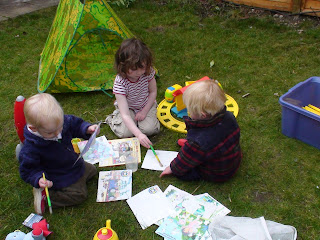 Guy's friend William came round to play in the garden with us, 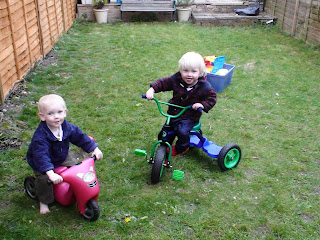 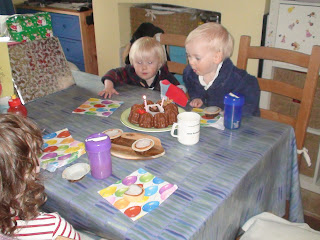 Everyone enjoyed the singing and blowing out candles- so we all did it lots! 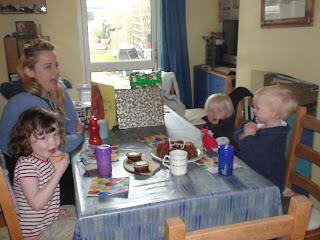 Wow! It's been a busy two years!
Posted by BaronessBlack at 04:11