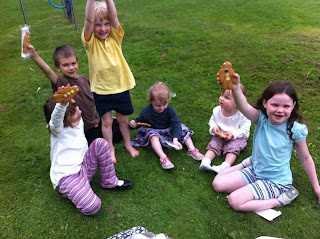 I was looking after these six (yes, six!) children in the park on Friday.
Which was no hardship, except for the fact that there were 5/6 young teenage kids sat on the platform at the top of the slide, smoking, swearing loudly and generally being as obnoxious as they could. I pointed out that their language was unacceptable (I was helping two two years olds past them), and that they were way to old to be on a children's climbing frame. Their response was that they had nowhere else to go, and that everything else was ******* ****, and besides there was no age limit stated anywhere on the climbing frame.

My response was that there's no age limit on wearing nappies (diapers) either, it's just not something you would do if you didn't have to! And I questioned whether this was really the best use of their time. If, Heaven forbid, they were to get knocked down by a car tomorrow, would they really be happy knowing this was how they'd spent their last day? Seriously?

Anyway, they slunk off after a while. But, I read this today, which made me think of those teenagers. 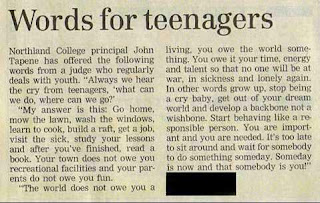 (And also made my Mother's voice ring in my head. During my teenage years she often said "Well, what makes you so special? Why should life be easier for you than it is for everyone else?") 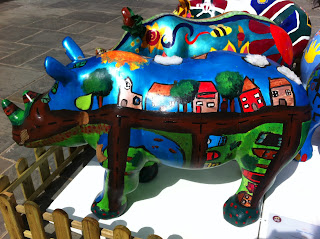 On a brighter note; these rhinos were decorated by different schools in Oxfordshire and placed in various places to raise awareness for woa-rhino.

Also, on Sunday we got to go out to Red Star Noodles - yum, yum! 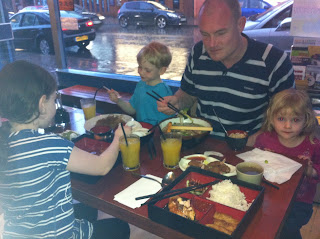 The staff at Red Star are so lovely! The service is unnaturally quick, our starter arrived before we had even finished ordering; and they love children! Yummy, fresh, oriental food with LOTS of veggie options! What a treat!
Posted by BaronessBlack at 04:32