This is Chris. We met when I was 15 and he was 16, and there was electricity between us from day one.

He lived in Kenya, and I split my time between holidays at home in Kenya and boarding school, and later university, in England. 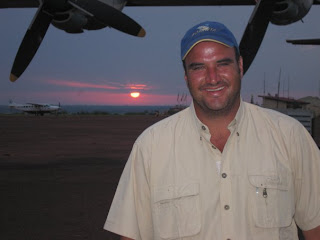 He was a big guy in every respect – more than twice the size of me, (when we first knew each other he could span my waist with his hands). Big personality. Big heart. Big ideas. And when he messed up, he screwed up big-time.

He didn’t do what a lot of the boys I knew did, which was to get their first jobs in their parents business. He hustled, and panhandled, and took lousy jobs sometimes in insalubrious places. I remember visiting him when he worked on a sisal plantation in the Taita Hills. Just sisal, as far as you could see, in every direction. I don’t think I ever knew a time when he had enough money! 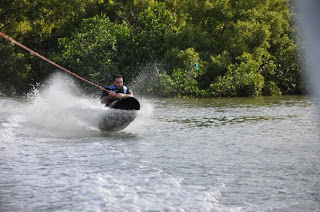 I loved him, and he loved me; but like a bad film, the timing was always wrong. I would bump into him in town, two days before I was due to fly out of the country. Or, he’d come up to me in a bar and explain that he was leaving to go back to the coast/Sudan/Uganda the next day. Similarly, if I was in a relationship, he was single; but when I was free, he was always taken.

In his early twenties he and my father set up a business together. I remember him the night before his first training session, shaking with nerves. This huge man, reduced to a little quivering puppy. I never saw anything so truly pathetic in my life! My heart just broke for him. Of course, it went fine and everything was great. So within two weeks he was full of himself, cocky and arrogant, and telling everyone else how to do their job, until I could have hit him! I didn’t though. What would have been the point? He was bulletproof.

He was no angel. He drank, he smoked, he swore. He did everything to excess.

He was a real rough diamond. He was a physical man through and through. I asked him once what his favourite smell was, “Gun oil” he replied, “No, wait! (grin) Female arousal and gun oil!” 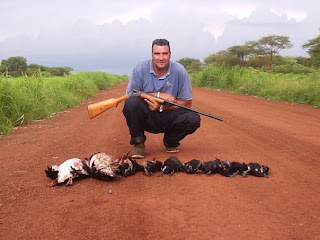 He hunted. He fished. He always told me he couldn’t live anywhere but Kenya (“this land’s in my blood, babes. I couldn’t survive anywhere else”).

We wrote to each other. We phoned. We emailed. We had separate lives that would occasionally blend together in a crazy whirlwind for a few days, then carry on like parallel lines.

He made me laugh until I couldn’t breathe. He could pick me up and throw me round the room like a toy. He annoyed me and perplexed me in equal measure. In the warm, hazy nights to the sounds of ceiling fans and cicadas we shared moments of such intimacy and excitement, and such raw and penetrating emotion, that it still hurts to think about it all these years later. And he could do romantic like no-one else. I remember dancing in his arms on the deck of the Tamarind Dhow, as he sang in my ear.

I haven’t seen Chris for the last 13 years. About 11/12 years ago he was in the UK and we thought about meeting up, but his girlfriend at the time expressly forbade it. So, it’s been on-line communication for the last few years. 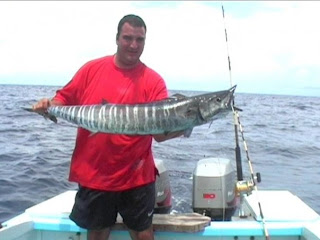 We were messaging on facebook yesterday morning. Joking, laughing, flirting and messing around like old times. And then, yesterday evening the messages started to pop up on facebook that he had had a fatal heart attack that afternoon.

It’s somehow unbelievable, and yet too real. He was my Meatloaf. My Indiana Jones. My Michael Madsen. I feel his loss so sharply. He was (with the exception of my husband) the great love of my life. Maybe, it’s because we never had enough time to truly explore our relationship that our friendship has lasted so long. Who knows?

I’m left with a deep grief, which I feel I’m probably not entitled to. Chris was a charmer. Maybe there are other women out there feeling the same way I do. Maybe, not. Maybe we did have something special.

Rest in Peace, Chris. May your memory be eternal. For someone with so little interest in religion (“Spirits come in bottles, babe!”), you have a lot of people praying for you and your family right now.

I will miss you.

Yours is truly a moving farewell to a loved friend. Wish I could be there for a comforting hug.
Isn't

I am so very sorry for the loss of your friend. You wrote a beautiful and honest story about his life, job well done. Take Care =)