Okay, sorry I'm so completely useless at keeping up to date!
So far, since I last posted, we've had a house move, a funeral, a couple of bouts of illness, some pregnancy announcements, and some vistors!
Also, it's Lent, which tends to be quite a difficult time anyway.
Here are the children on the stairs at church: 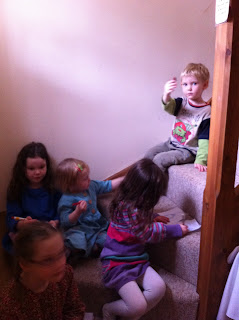 Well, we've moved back to the old house! 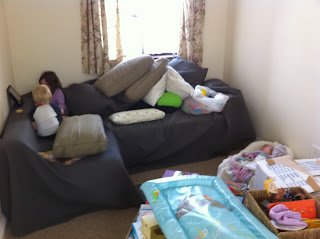 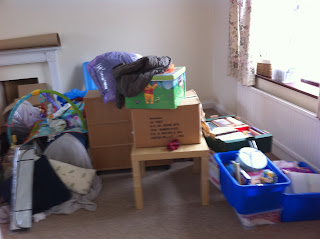 Thank you to all the lovely people who came and helped us move! 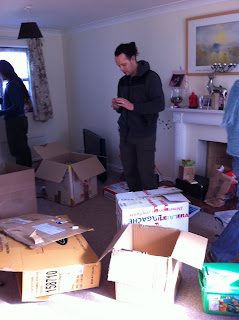 Paul and Tara are off to South Africa to get married, so there were suitable celebrations! 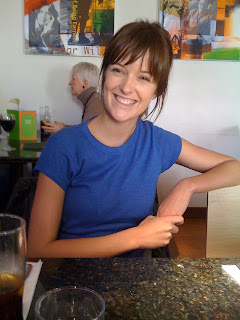 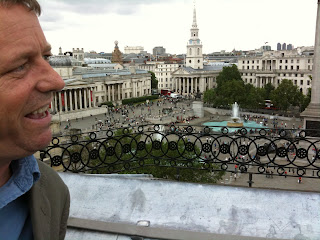 And Grand-Doug, who this blog is supposed to be written for (although he never actually reads it!) was back from India. 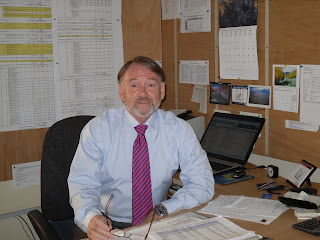 Thank goodness for the good weather. Our walk to school is easier and increasingly enjoyable! 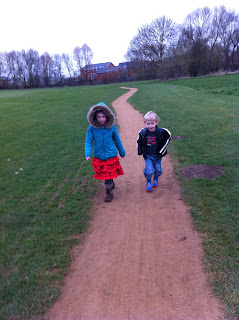 And only one more week of school! 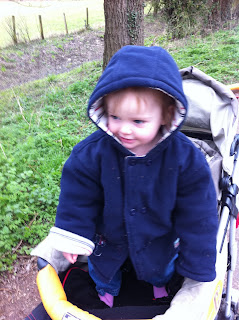 Sadly, we've also had a sad loss. Our friend and neighbour Barbara Mastrud died on the 21st of March. Phoebe, Tabby and I went to the funeral which, in the way of Orthodox services was lovely but also very, very intense. I wondered how Phoebe was going to cope with seeing Barbara for the last time. I spent most of the funeral at the back of the church with Tabby, while Phoebe stayed with some of the other older children at the front. At the end of the service, I asked her if she would like me to take her up to kiss Barbara goodbye (as is the custom in the Orthodox church), she replied that she'd already kissed Barbara and said goodbye on her own!
I sometimes wonder with my children whether it's that they don't understand things, or that I don't understand them! 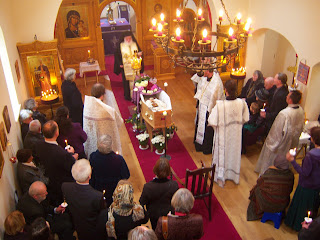 Goodbye Barbara. May your memory be eternal!

And, of course, it was Guy's birthday - FOUR YEARS OLD! Wow, that went quickly! 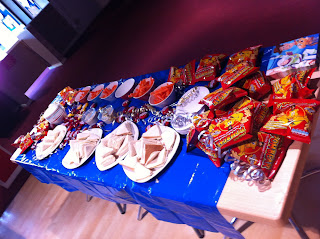 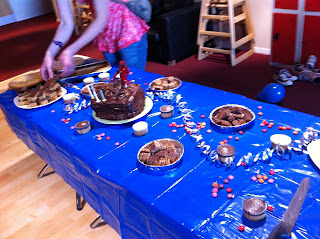 Well, it was a toss-up between a superhero cake ( eg. One with one of Guy's action figures bursting out of it), or a piñata cake (eg. Hard chocolate shell filled with crispie cakes, mini eggs, brownies, etc.) which you hit until it breaks open.
The superhero cake won out in the end - I had high hopes of doing something like this, but time got the better of me!
(Although Ken made some rather unkind comments about Ironman rising triumphant from the sewage works!) 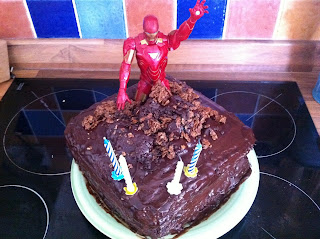 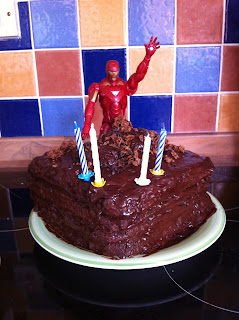 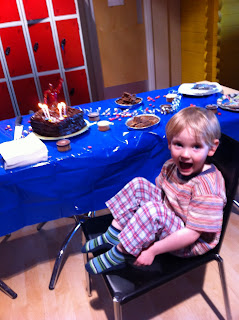 And I made different coloured layers ('cos I'm a good Mum and I care!). 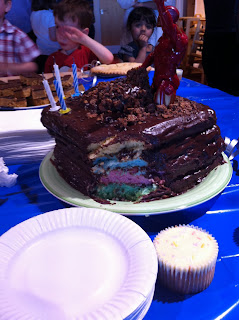 Tabby is growing at a rate of knots! And is lovely in every respect, except her inability to sleep!
Still, I had 27 years of sleeping through the night, I probably shouldn't complain! 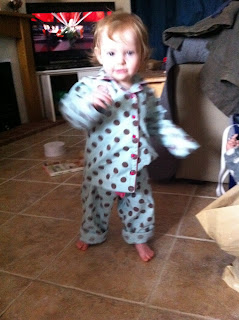 So that's it! We're all still here and life continues apace!
Hope you're all well!
Posted by BaronessBlack at 02:56

Glad to see you back and posting updates! I love seeing all of the pictures of your lovely family. The cake has made me hungry. *wink*

Lovely post. Have a blessed Holy Friday and Pascha! Where do you live? I don't have time to read through more of your blog, I'll have to visit later!